A partnership between the Port of San Diego and City of Chula Vista, the Chula Vista Bayfront redevelopment envisions a world-class destination in the South Bay – a unique place for people to live, work and play. It is designed to create new public parks and recreational adventures, improve the natural habitat, offer new dining and shopping options, provide a world-class hotel and convention center, and more – all for residents and coastal visitors to enjoy.

As part of the Chula Vista Bayfront redevelopment, several roads near and around Bayside Park are anticipated to close soon. The closures will allow for construction crews to demolish existing structures as well as to build and install new public roads and infrastructure for the future Gaylord Pacific Resort and Convention Center project. This work will impact access to Bayside Park, some bayfront businesses, and the Bayshore Bikeway. (These activities are contingent on close of escrow, which is anticipated to take place between May 17-26, 2022.)

Below is what the public can expect over the next several months, the first phase of an approximately 36-month construction schedule. Check back here for updates and details about future phases. 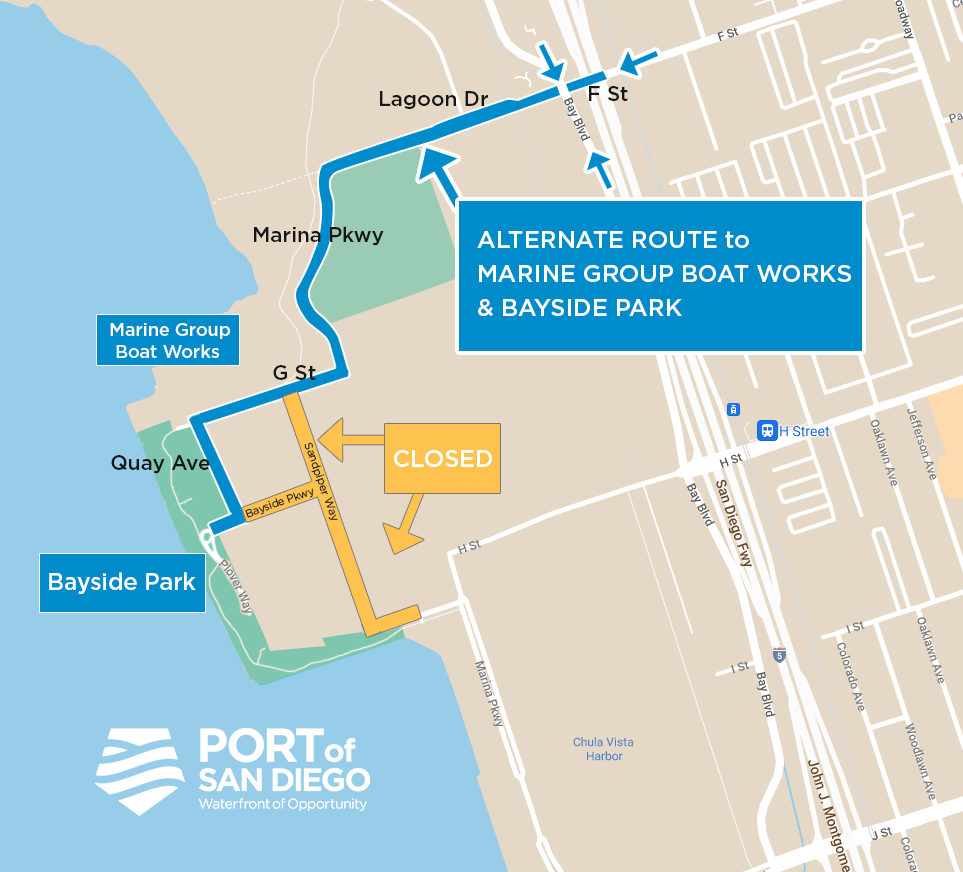 To be built by RIDA Chula Vista, LLC in partnership with the Port and City of Chula Vista, the Gaylord Pacific Resort and Convention Center will be the centerpiece and the catalyst project of the Chula Vista Bayfront. It will include up to 1,600 hotel rooms, a convention center with four ballrooms, three levels of meeting space and two outdoor meeting and event lawns; public promenades and public amenities; and associated retail and resort-level amenities such as a pool with a lazy river, a spa, and more.

For construction and trade opportunities, go to mmjvgp.com. 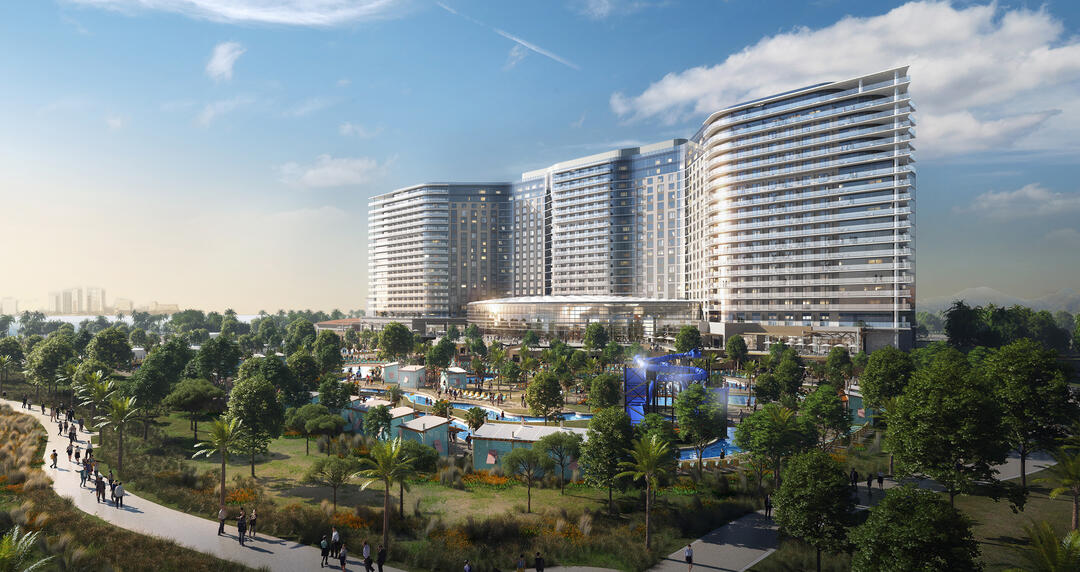 The Chula Vista Bayfront Master Plan is a local and state-approved land use plan by the Port of San Diego and City of Chula Vista. The plan envisions:

Click on any of the thumbnails below for larger view of images. 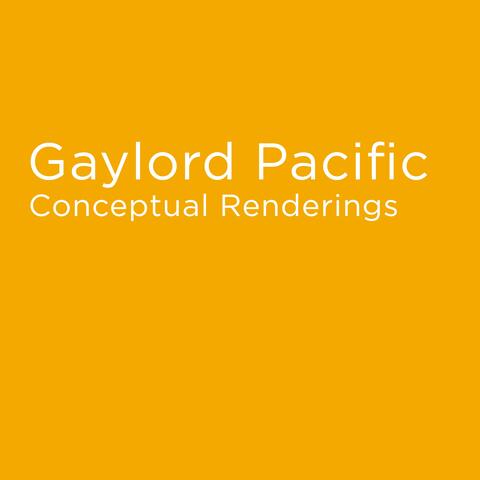 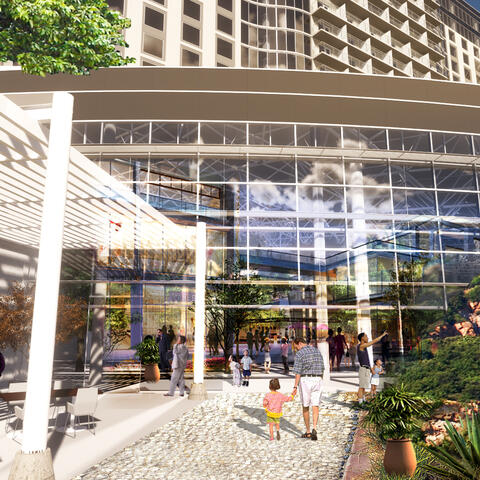 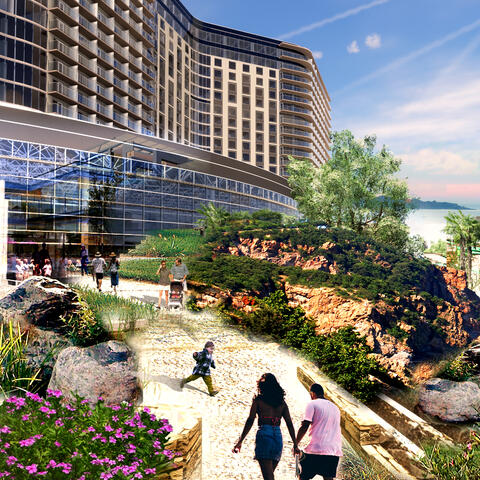 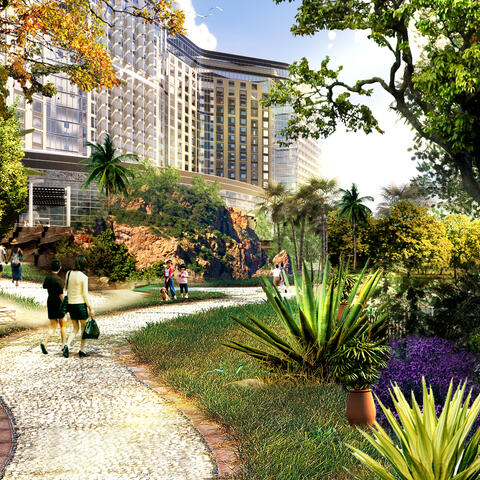 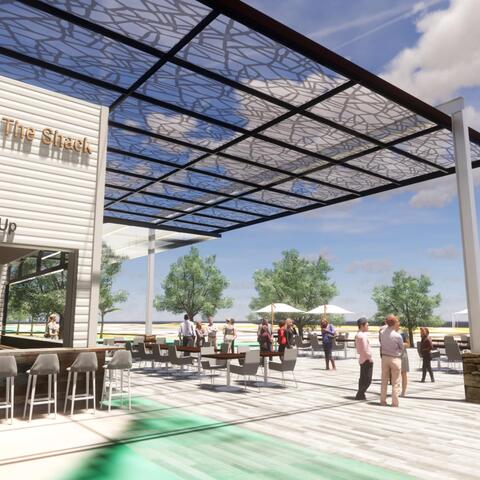 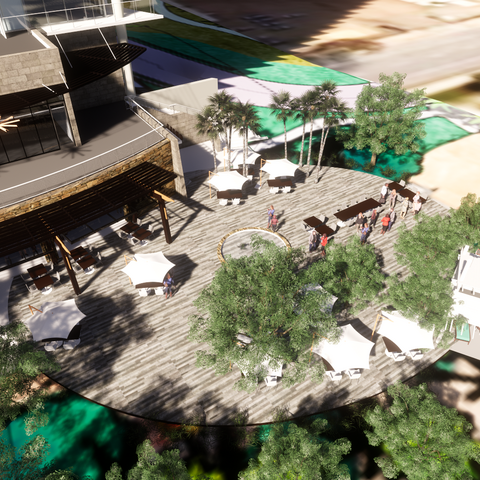 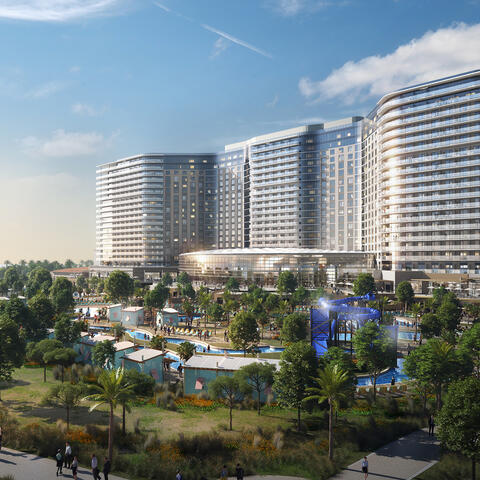 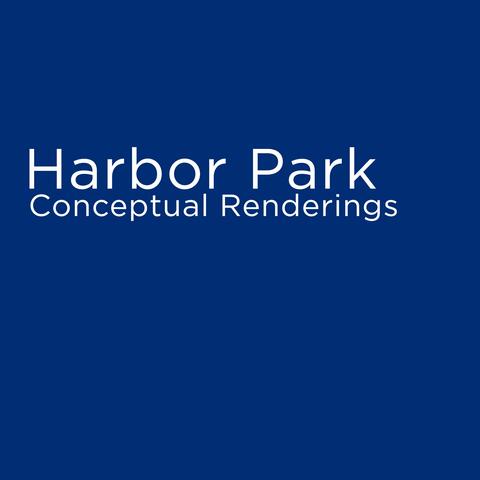 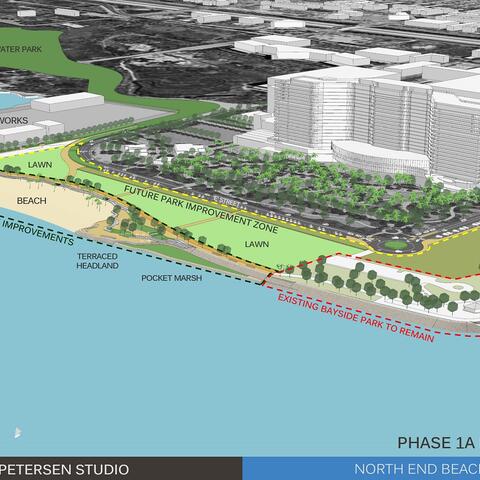 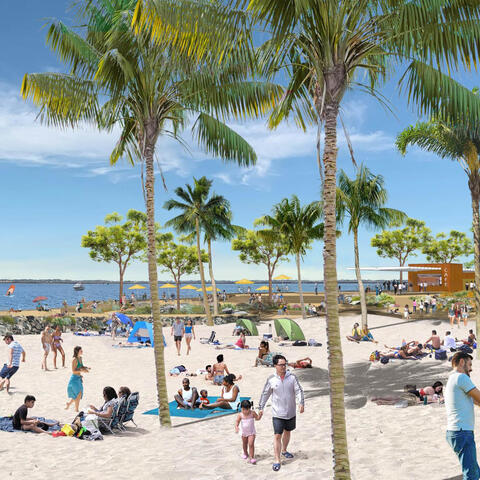 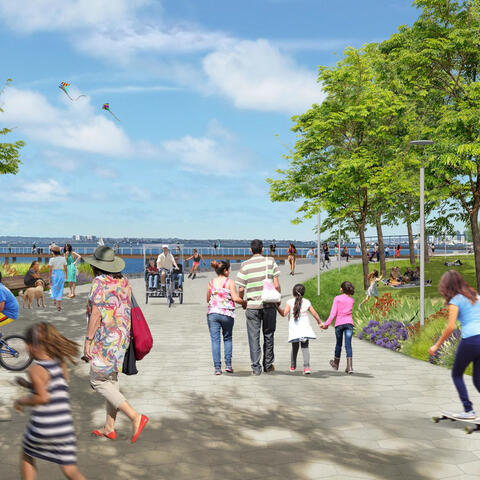 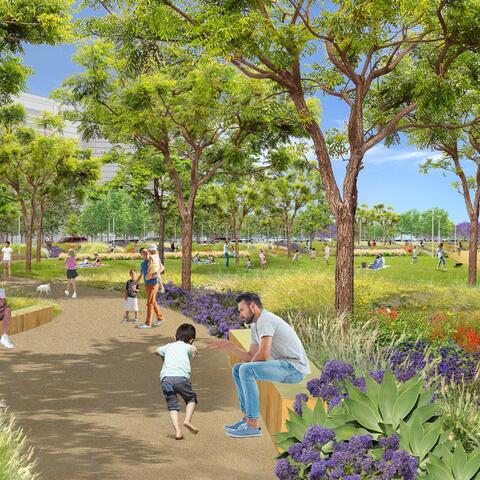 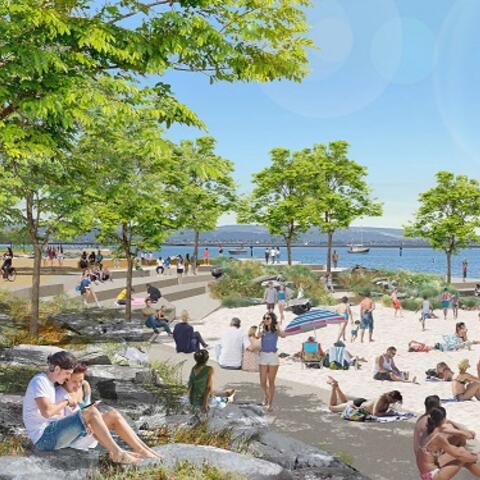 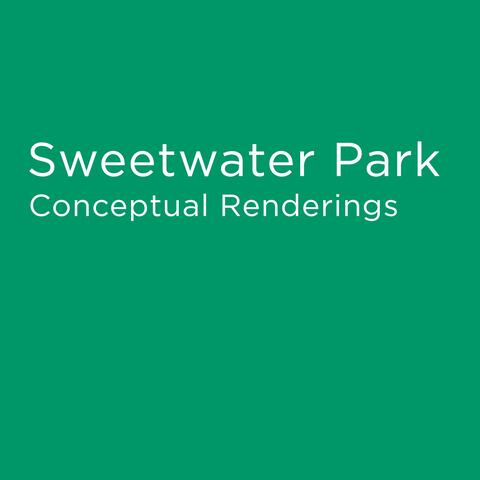 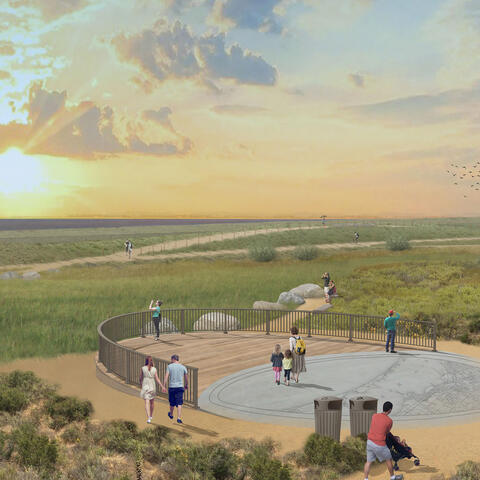 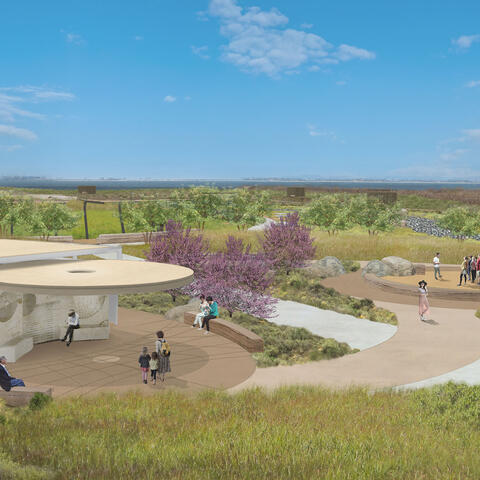 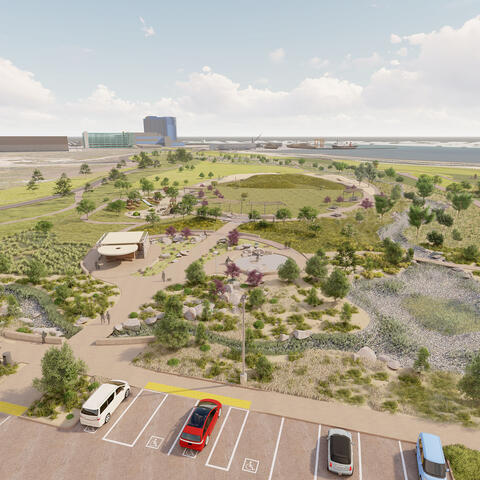 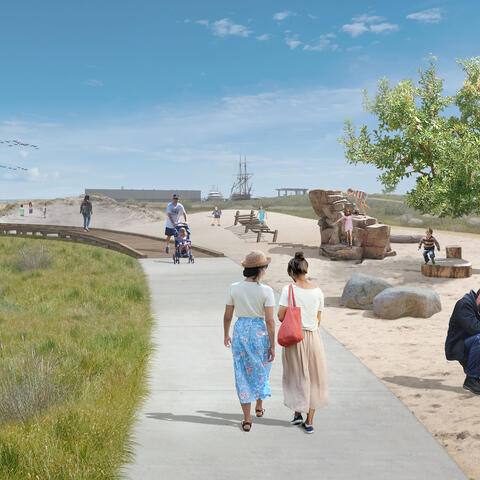 Port enters into an exclusive negotiating agreement with RIDA Chula Vista, LLC for a resort hotel and convention center.

Port and City of Chula Vista approve a non-binding Letter of Intent (LOI) with RIDA Chula Vista, LLC for the resort hotel and convention center.

Port and City of Chula Vista approve a Disposition and Development Agreement (DDA) between the Port, the City and RIDA Chula Vista, LLC. The DDA sets forth the necessary steps for the parties to authorize the financing of the project and commence construction, ultimately leading to a ground lease and required subleases for development and operations of a world-class hotel and convention center.

The Port and the City of Chula Vista continue inclusive and open outreach by holding design workshops for the future Harbor and Sweetwater Parks. The first workshop was held Sept. 27 for a discussion on the community’s preferred uses at both parks.

The Port and the City of Chula Vista hold the final Design Workshop for the future Harbor and Sweetwater Parks.

The City of Chula Vista and the Port of San Diego finalize the bond financing strategy for the Chula Vista Bayfront.

The closing for this transaction is targeted for late May 2022, at which point the project will be ready to break ground. 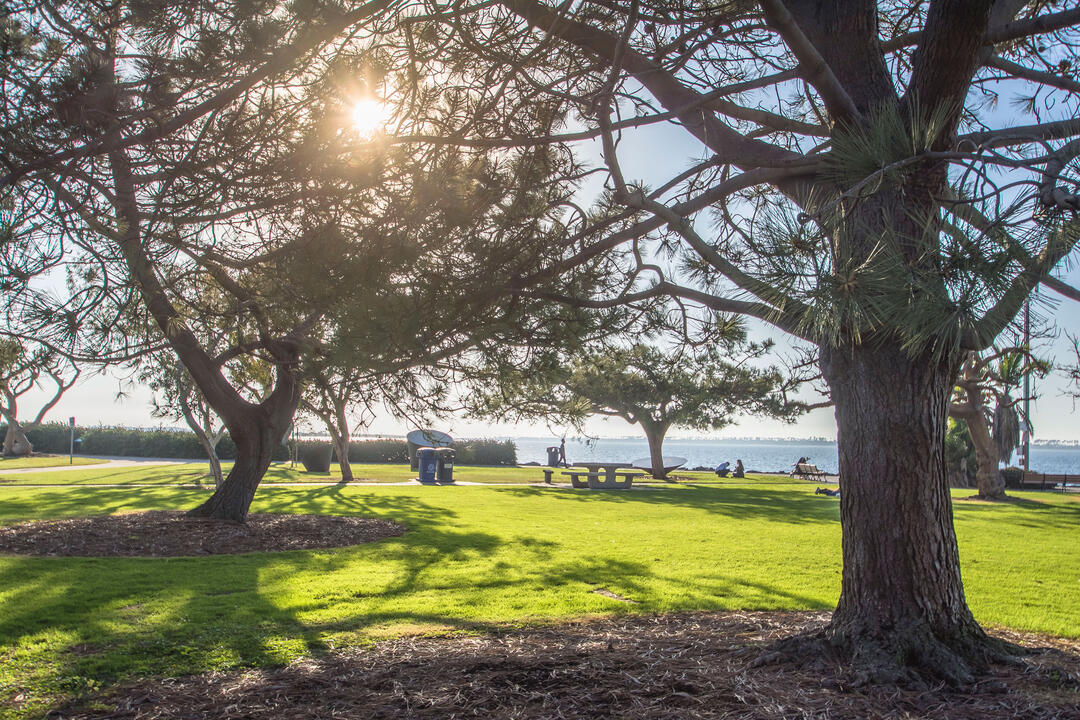 Click on any of the thumbnails below for larger view of images. 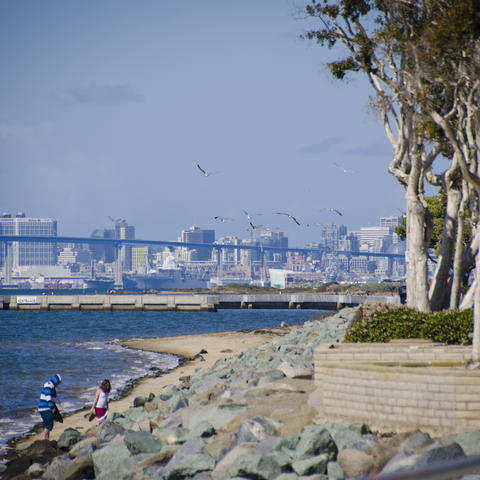 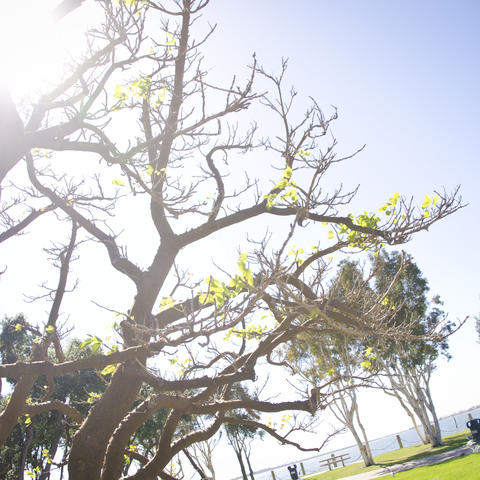 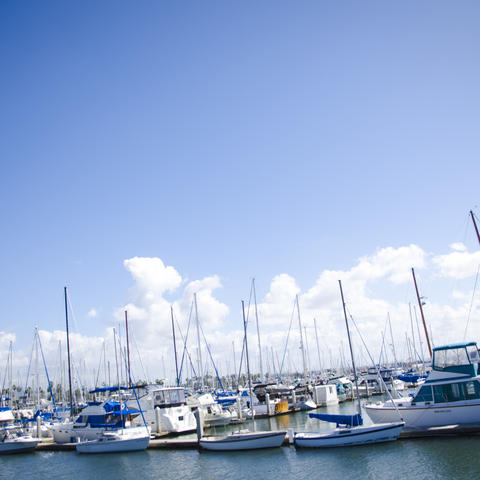 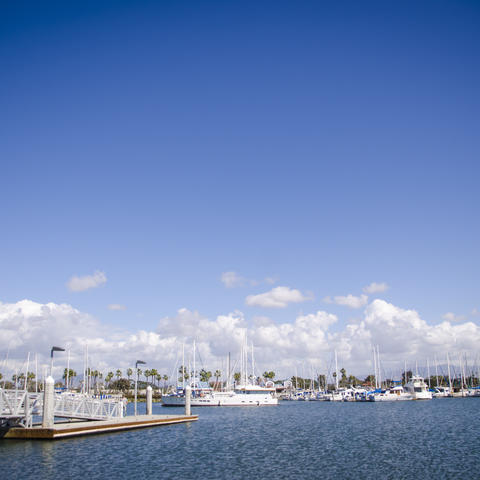 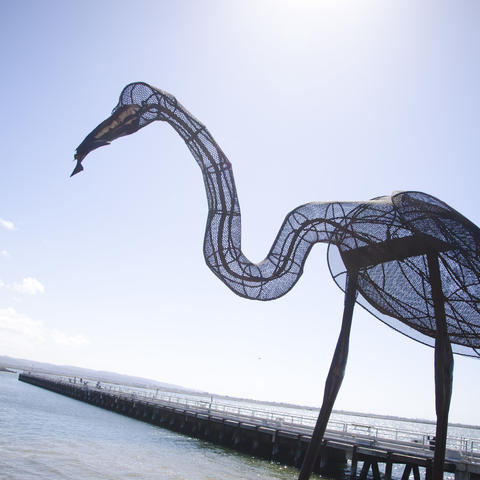 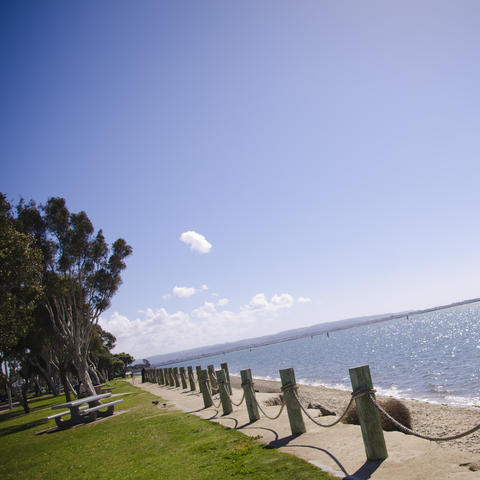 Bidding Opportunities at the Port