An ongoing series of temporary, pop-up artistic explorations and creative interventions throughout the Port District tidelands. 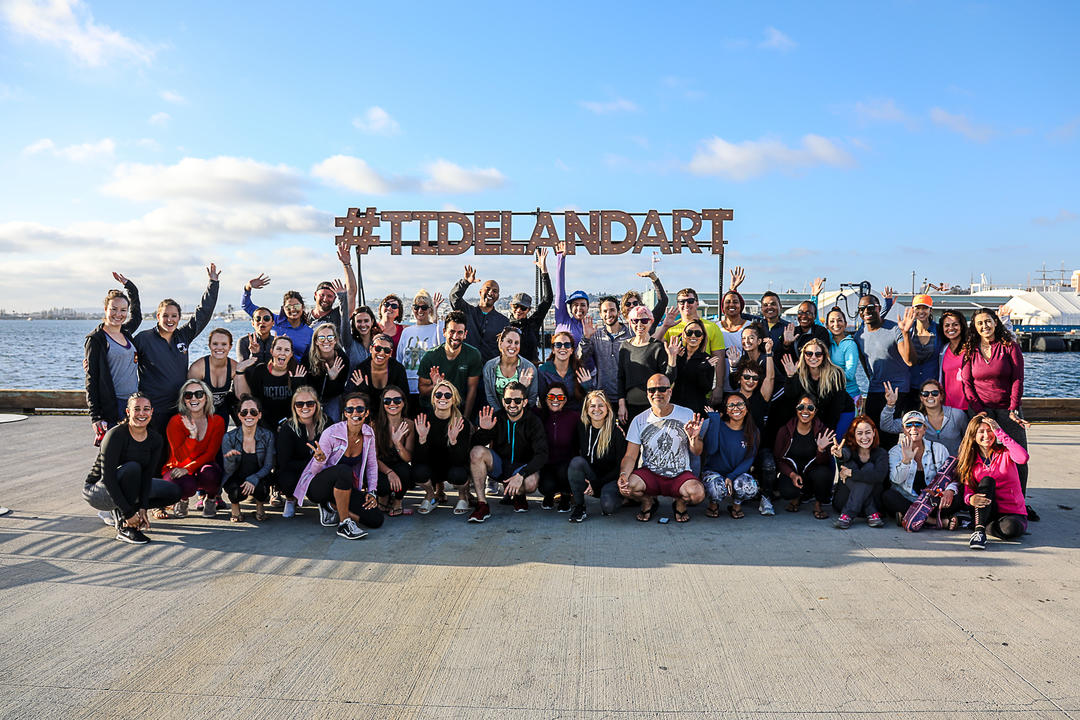 About the Port Spaces Series

The Port Spaces Program was established by the Port of San Diego in 2013 to bring site-driven artistic experiences to the region. These projects take the form of temporary pop-up artistic explorations and creative interventions throughout Port tidelands, embracing art as experience, performance and experimental public engagement.

Featured in this video:

Bringing color and inspiration to the landscapes of Tenth Avenue Marine Terminal and National City Marine Terminal, artist Randy Walker has created two site-specific works entitled Sweet Contents and Under Wraps. Walker’s large-scale fiber installations explore the activities that occur on the two maritime terminals, while serving as icons of the many connections between the cities of San Diego and National City. For Sweet Contents, aptly named due to the work being situated on three liquid storage tanks which, decades prior, stored molasses and palm oil, Walker draped over 40 miles of brightly colored nautical fiber down the sides of the tanks, effectively painting them with a palette of vivid stripes. Beautiful in the daylight, the installation is also lighted for night viewing. This work was specifically designed as a pop-up creative encounter for the local community to experience from Cesar Chavez Park.

Under Wraps, the second artwork in Walker’s pairing, is located on National City Marine Terminal. This installation celebrates the work performed by the terminal operator, Pasha Automotive Services, who oversees the transport and dealer-readying services of hundreds of thousands of cars annually. Under Wraps was created as a collaboration between Walker and community members during a one-day event at A Reason to Survive in National City. This artwork is also illuminated for night viewing. The prime viewing point for Under Wraps is the Pepper Park Pier. 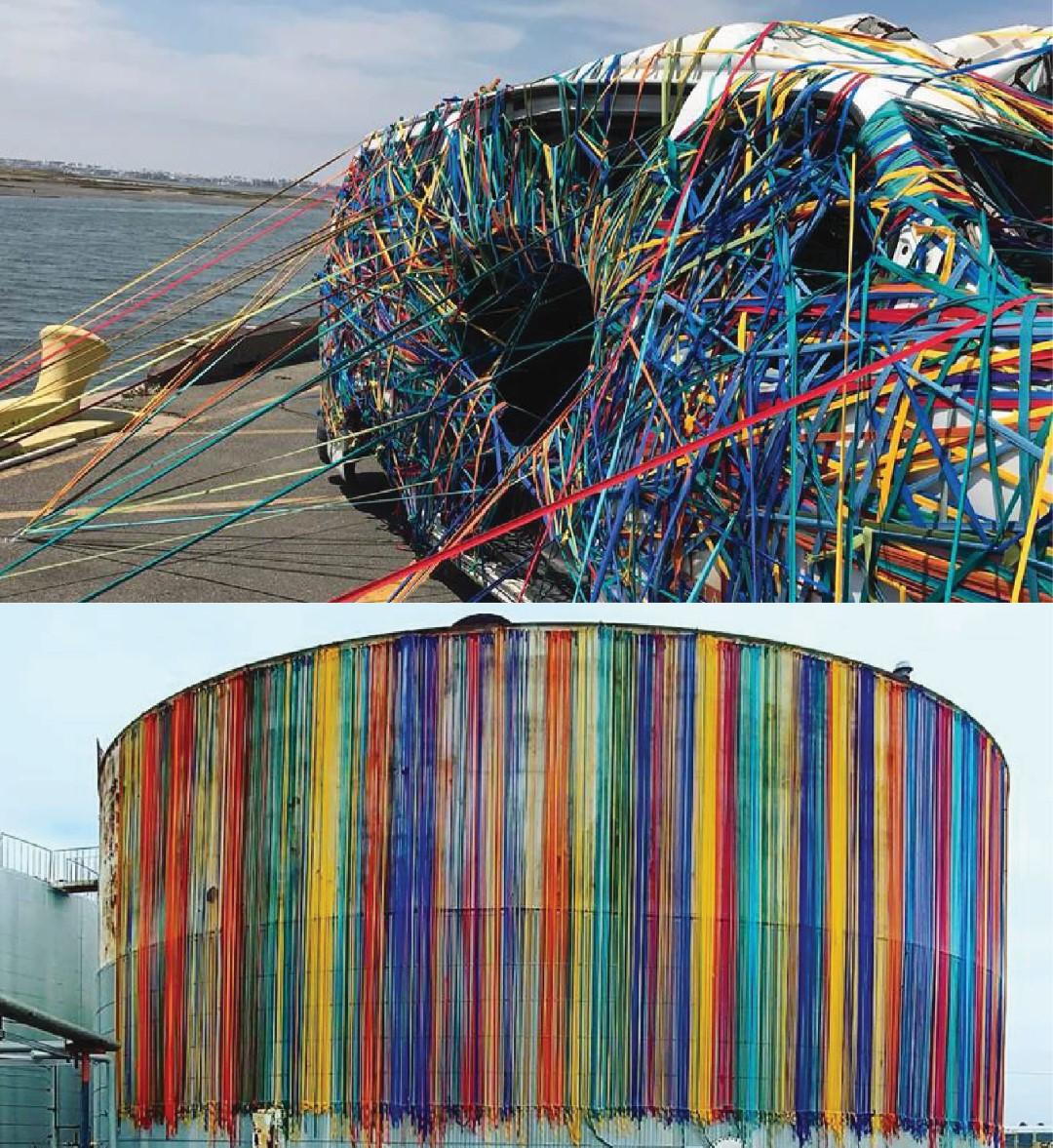 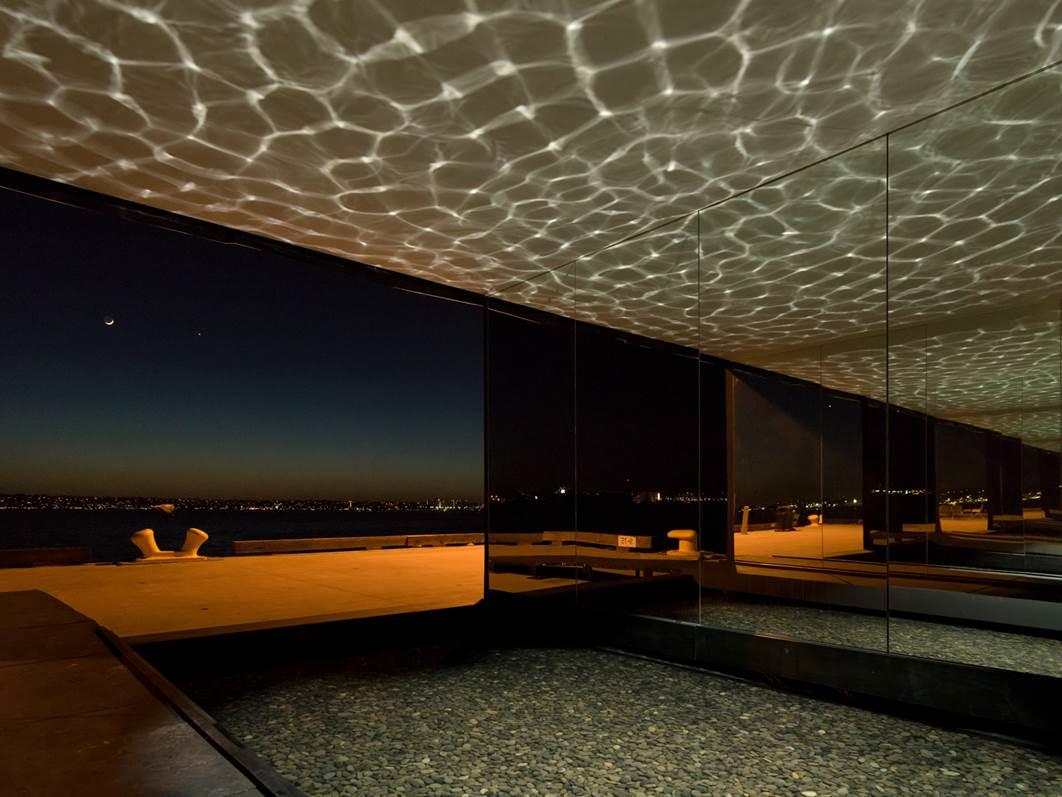 Inside Adam Belt’s temporary art room, visitors were enveloped by a sensory experience that paid tribute to water. Located on the end of Broadway Pier, Sojourner enfolded visitors in a visual orchestra of reflections, pulling them into an alternate, meditative world. Featuring a reflecting pool and opposing floor-to-ceiling mirrors, Belt’s installation made rippling light on the water’s surface stretch out to an infinite horizon, and mirrors play tricks with the sea and boats passing by.

Created by Jose Parral and Tasia Paulson, Bench Party playfully integrated utilitarian objects and performance art through the construction and display of over 30 wood-and-steel sculptures that functioned as public benches. Artistically arranged in clusters around Chula Vista Bayside Park, the installation animated the space by offering gathering places and orienting the many views of South San Diego Bay’s natural and industrial landscapes. Despite its unassuming form and subtle functionality, Bench Party created exceptional potential for catalyzing happenings on an understated site, achieving an innovative hybridity between landscape design and sculpture and embodying the ethos of the Port Spaces curatorial program. 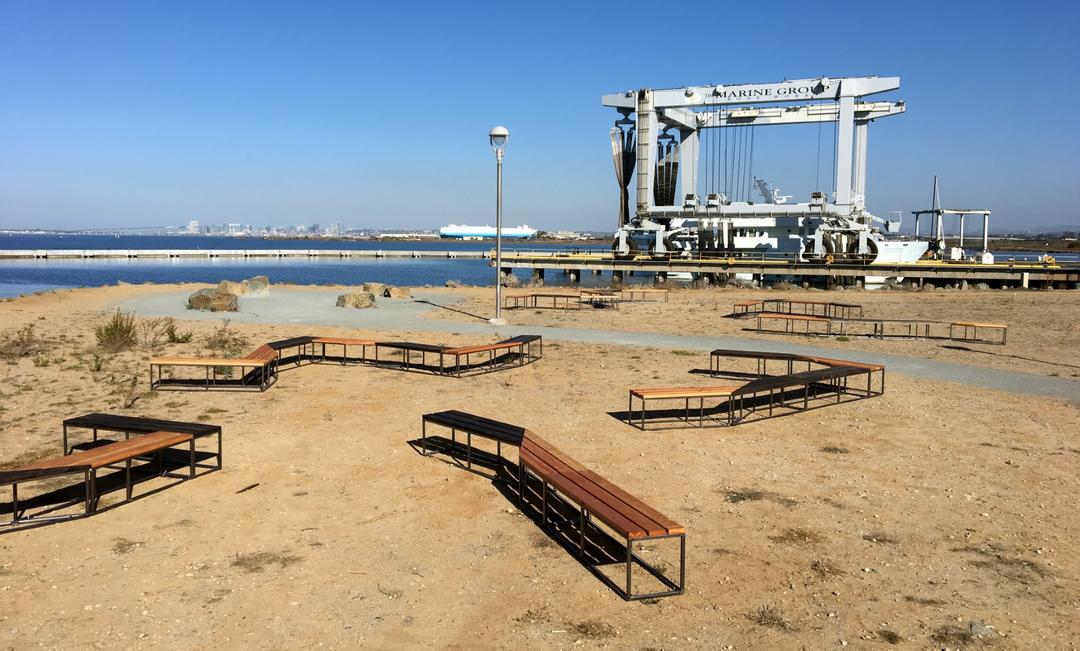 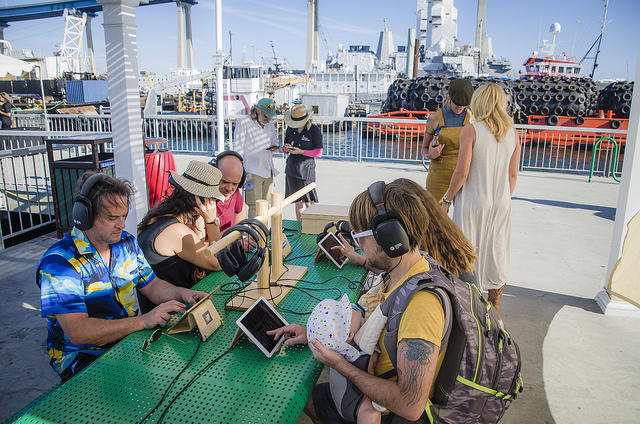 Time Strata, a site-specific pop-up art installation, served as the inaugural artwork for the Port Spaces curatorial program. This interactive sound piece was presented free to the public over two Saturday afternoons in October 2016. On the edge of the Cesar Chavez Park pier in the Barrio Logan neighborhood of San Diego, California, event attendees encountered kinetic sculptures, electrical interferences, live-streaming audio sampled from both above and below the water’s surface, as well as the natural aquatic environment. For this work, artist Margaret Noble pulled sound from eight separate sources--a mix of naturally occurring sounds and those created by sculptures placed on the site--and channeled them live to interactive listening portals where audiences could isolate and layer sounds on discrete digital mixers. This work embodied a conceptual response to the tensions and harmonies that exist between the natural environment and human technological evolution.

Art on the Tidelands

Doing Business with the Port