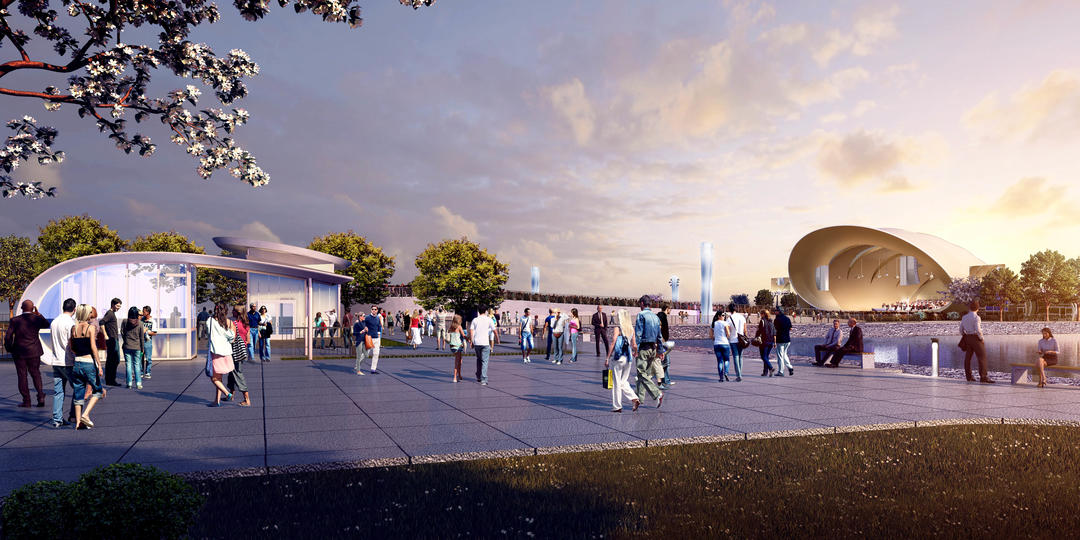 The San Diego Symphony is constructing a permanent outdoor performance and event venue in the Port’s Embarcadero Marina Park South. The organization has assembled and disassembled a temporary venue in the park for its Bayside Summer Nights concert series since 2004. Known as the Bayside Performance Park Enhancement Project, park enhancements and improvements are included in this “park within a park” project at no public cost.

A portion of Embarcadero Marina Park South, including the park, parking lots, basketball courts, and pier, reopened to the public on August 17, 2020. 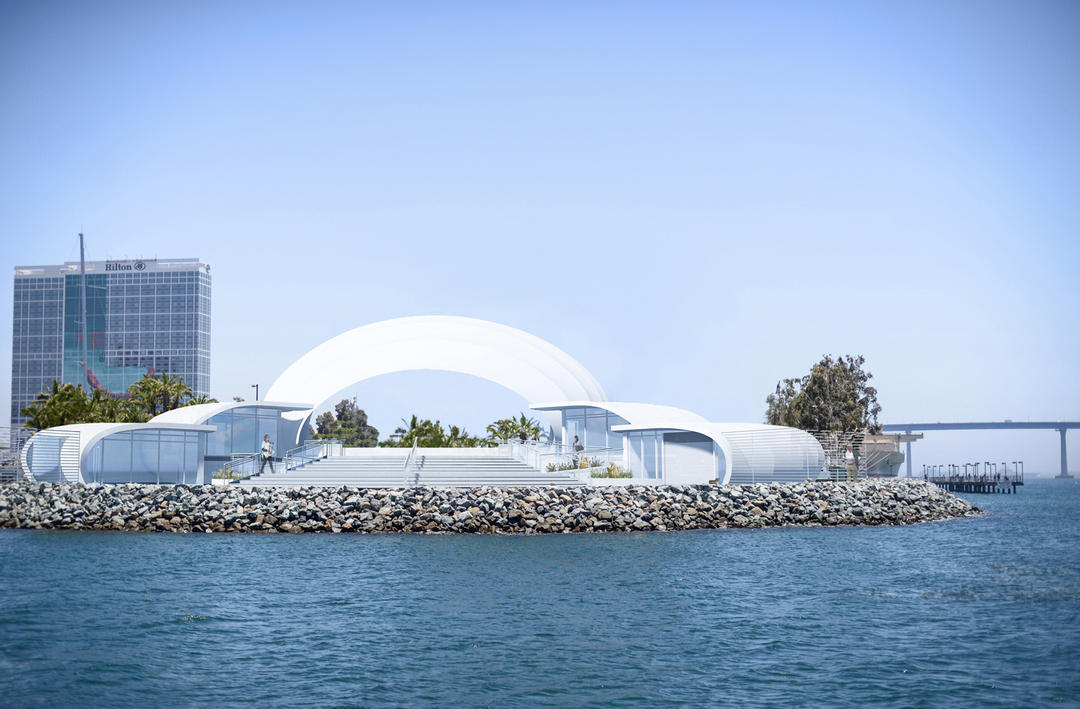 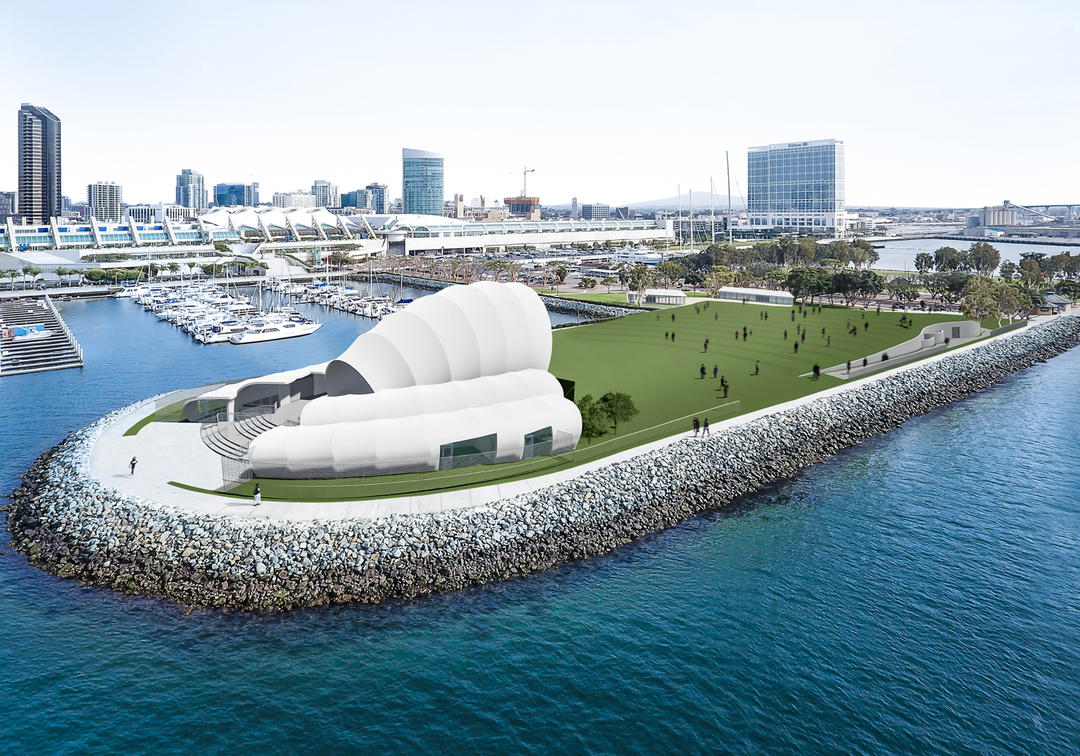 Additionally, the Symphony will make a financial contribution toward a future expansion of Pepper Park in National City.

The project supports the Port’s efforts to inspire residents and visitors by providing unique experiences on San Diego Bay.

The San Diego Symphony Orchestra Association (San Diego Symphony) begins holding a summer concert series known as Bayside Summer Nights (formerly Summer Pops) at Embarcadero Marina Park South under an annual Temporary Use and Occupancy Permit (TUOP). The Port authorized the recurring use through a Coastal Development Permit, which allows up to 37 events per summer season

The Board of Port Commissioners directs Port staff to initiate CEQA (California Environmental Quality Act) review and commence negotiations with the San Diego Symphony for the project.

The draft EIR is made available for public review.

The final EIR is made available for public review.

The Board approves certification of the EIR as well as a Port Master Plan Amendment (PMPA) and binding Letter of Intent with the San Diego Symphony.

Port staff submits the PMPA to the California Coastal Commission for processing.

Port Board approves a lease to The San Diego Symphony Orchestra Association.

The Port and the San Diego Symphony celebrate groundbreaking.

A portion of Embarcadero Marina Park South, including the park, parking lots, basketball courts, and pier, reopened to the public on August 17, 2020.

Where is this and how big is the site?

This is sited in Embarcadero Marina Park South, which is located behind the San Diego Convention Center. The Symphony is building and will operate a permanent outdoor performance and event venue on approximately one-third, or 3.68 acres of the 10.8-acre park. The estimated average attendance is projected to be 3,131 per event, however the venue would have the flexibility to accommodate a maximum capacity of 10,000 seats for a limited number of annual events. The venue would be a part of the park and would be open to the general public during non-event hours. Use of the venue for admission-based and rental events would be limited to 55 full day or 110 half-day events.

When will construction begin? / When will Bayside Performance Park open?

How much will this project cost and how will it be funded?

Will Embarcadero Marina Park South be open during construction of the Bayside Performance Park? 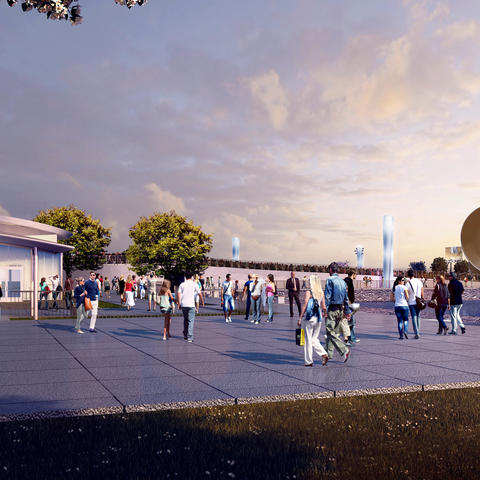 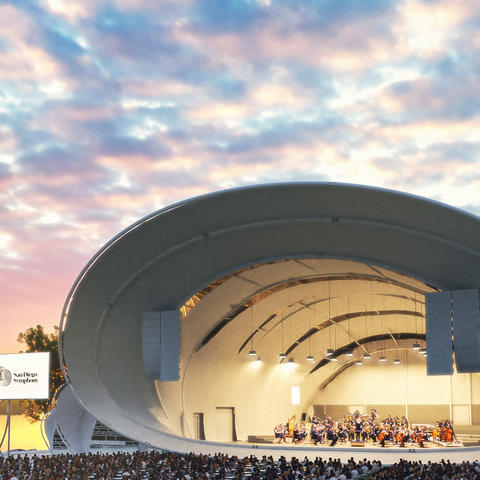 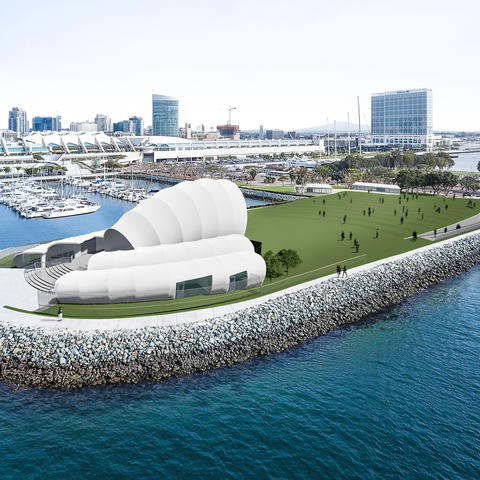 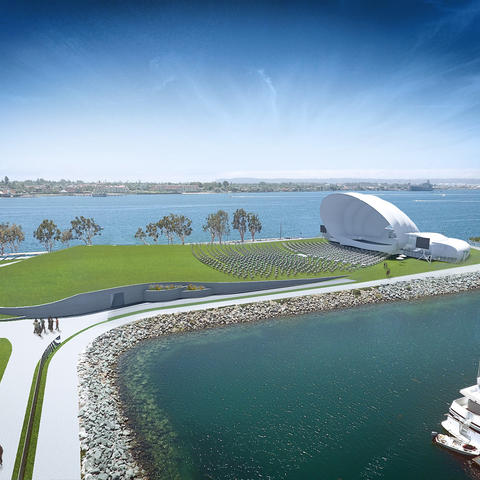 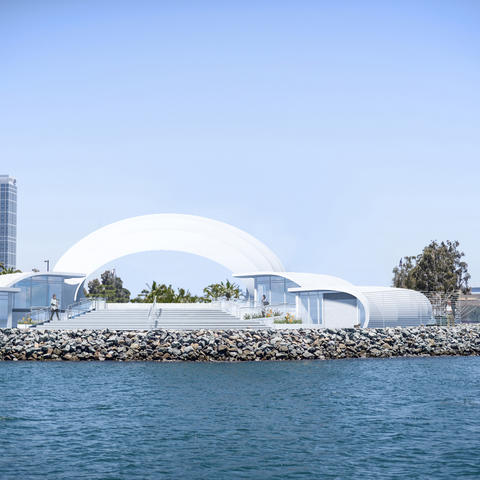 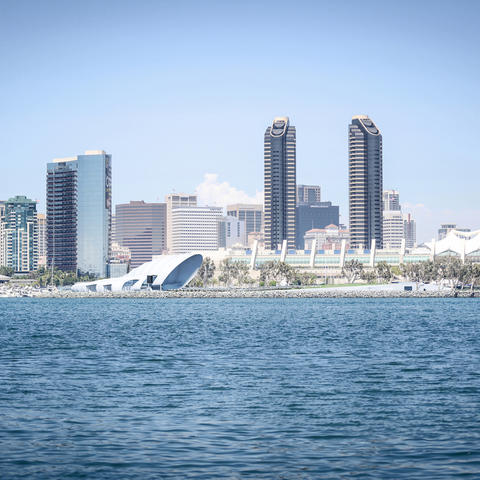