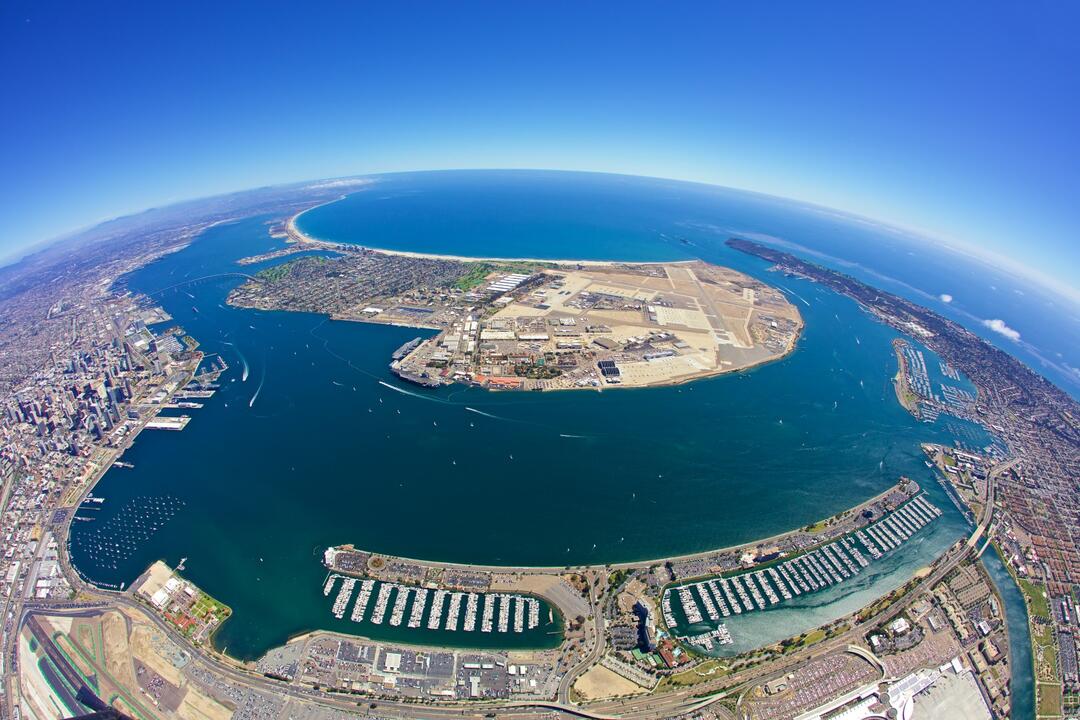 As part of efforts to enhance our San Diego destination, the Port of San Diego is moving forward with a redevelopment process for 57 acres of land and water on the eastern portion of Harbor Island overlooking the beautiful San Diego Bay. This site offers an unbeatable combination of water access, stunning coastal views, and close proximity to San Diego International Airport. Harbor Island currently offers land and water recreation – paddle boarding, sailing, jet-skiing, bike riding and more – along with premier restaurants and hotels.

Board directs staff to enter into an Exclusive Negotiating Agreement with Sunroad for the Elbow Site and OliverMcMillan for the East Basin Industrial Subarea on Harbor Island.

Board receives an update and provides direction to staff to work with OliverMcMillan to include a consolidated Harbor Police Headquarters, but not a replacement Port Administration Building, in their development program for the East Basin Industrial Subarea.

Can you tell me more about this development site?

The redevelopment site encompasses approximately 44 acres of land and 13 acres of water, a total of 57 acres. It is bordered by North Harbor Drive to the north, Harbor Island Drive and Spanish Landing Park to the west, US Coast Guard Station to the east and North Island Naval Air Station across the San Diego Bay to the south. The Harbor Island East Basin is the body of water located in the center of the redevelopment site primarily used as a 600-slip marina by Sunroad Resort Marina.

What do you want to see there?

The Port’s goal in issuing a solicitation for qualifications and vision was to obtain market-feasible proposals. We provided some general guidance on what could go on the site, but mainly sought fresh ideas from the development community. We do not yet have specific details about how the redevelopment will work now that both Sunroad and OliverMcMillan will be working on different portions of the site. We do know the Board wants to see continuity of design for the entire development area and there is potential for cost sharing between the two developers for public infrastructure and public realm costs.

What are the details of the proposals submitted by OliverMcMillan, Inc. and Sunroad?

OliverMcMillan, Inc.
Operational Team: OliverMcMillan selected Evans Hotels, Pacific Marina Development & Almar Management, Inc. as their operational partners. The Evans Hotel was founded in San Diego in 1953 and was awarded the first-long-term lease on Mission Bay for what is now the Bahia Resort Hotel. Pacific Marina Development & Almar Management, Inc. owns and operates 13 marinas with over 4,000 slips in the major western boating markets.

Design Team: Sunroad retained Carrier Johnson + Culture Architects and indicated they have spoken with Geocon, SCS Engineers and others who may be interested in participating in the project.