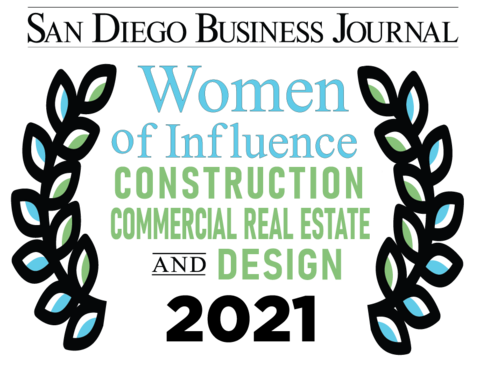 Three Port of San Diego employees have received the prestigious honor of being recognized as Influential Women in Construction, Commercial Real Estate and Design by the San Diego Business Journal. This distinction recognizes trail blazing women executing on their companies’ goals and pushing their businesses forward.

“The Port of San Diego congratulates Noemi Aquino, Lucy Contreras and Joan Siao on being selected Influential Women in Construction, Commercial Real Estate and Design,” said Joe Stuyvesant, Port of San Diego president and chief executive officer. “Their hard work and commitment to their jobs is exemplary. All three women continuously demonstrate the highest standards of ethics and professionalism that contribute to the integrity of the Port’s public infrastructure and development. We are fortunate to have them on our team!”

Noemi Aquino has more than 16 years of public works experience and is a registered Civil Engineer in California. Her accomplishments include managing structural, geotechnical, civil, electrical, and sustainable design and construction of major public works projects on piers, fender systems, seawalls, pavement, building structures, bikeways, public roadways, facility lighting and utility infrastructures associated with new hotel, recreation and marina development. She managed the reimplementation of the Port’s pavement management program and developed and implemented pavement, sidewalk and water utilities inspection guidelines for facility maintenance, and performs condition assessment analysis and prediction modeling for project planning. She also piloted the application of people-centered design in public works and served as a vital member during the implementation of the Port’s Baywide Signage Strategic Plan.

Lucy Contreras has an extensive background in commercial development including previous experience at Civic San Diego, the City of San Diego’s former redevelopment agency. She is the project leader on the redevelopment of the 70-acre Central Embarcadero, working alongside the selected developer, 1HWY1. She also leads a talented and creative team of internal staff and consultants on interim leasing, enhancements and operations at Seaport Village. Lucy and her team have been responsible for the successful reimagining of Seaport Village, including more than $2.2 million in property enhancements. Her team is responsible for introducing exciting activations with the local community at Seaport Village such as Studio by the Bay in partnership with the New Children’s Museum. She has helped attract prominent local food and beverage operators to Seaport Village. These include Mr. Moto Pizza, Spill the Beans Coffee and Bagels, Mike Hess Brewing, and Sam the Cooking Guy, as well as internationally renowned restaurant operator Malibu Farm. Since the onset of the COVID-19 pandemic, she has spearheaded efforts to work with more than 50 tenants to ensure that Seaport Village remains viable and that the many small businesses located there can continue to operate.

Joan Siao has worked in the Port’s Engineering & Construction department for 20 years. During that time, she has managed and designed more than 60 capital and maintenance projects around San Diego Bay. These include the Tuna Harbor Basin Seawall and Revetment Repairs project, the Emergency Wharf Repair at the North Embarcadero, which was awarded an American Public Works Association Project of the Year Award, along with four additional awards in 2017. Prior to joining the Port, she was a senior structural engineer at the U.S. Army Corps of Engineers, designing multiple flood control projects and performing structural design to widen the Burlington National Santa Fe Railroad Bridge over the Rio Hondo Channel Project. Currently she manages the Port’s public works projects and designs in-house projects.

San Diego Business Journal’s publisher, researchers and editorial staff determined eligibility for the recognition based on accomplishments in the nominees’ specific fields of expertise that added value to San Diego in terms of economic impact, leadership, ingenuity and entrepreneurship.