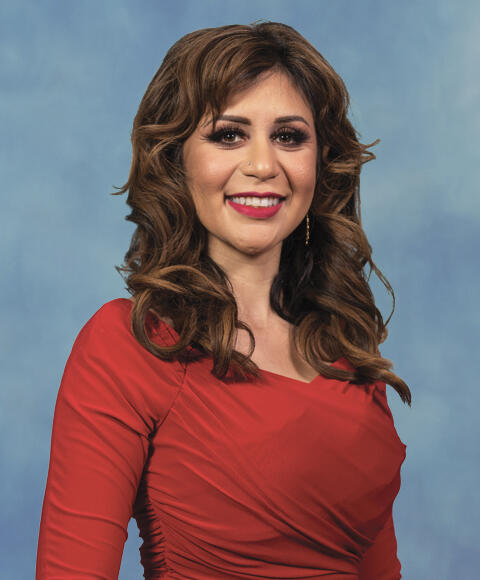 The Port of San Diego welcomes Sandy Naranjo as the newest commissioner to represent National City. On January 3, 2020, Commissioner Naranjo was sworn in at a virtual ceremony by her sister, Susan Naranjo, who was deputized by Port Clerk Donna Morales to administer the oath of office.

“On behalf of the Board of Port Commissioners, I welcome Sandy Naranjo and look forward to her perspective and expertise,” said Chair Ann Moore, Port of San Diego Board of Port Commissioners. “Sandy brings a diverse background, a strong presence, and an active voice to represent National City and all Californians. She will be a true asset to the Board as we move forward with an exciting yet challenging year ahead.”

The Port is governed by a seven-member board, of which three members are appointed by the City of San Diego and one each is appointed by the cities of Chula Vista, Coronado, Imperial Beach and National City.

“Commissioner Naranjo’s background in environmental justice and economics will serve us well as we strive to balance the diversity of interests on our vibrant waterfront,” said Chairman-Elect Michael Zucchet, Port of San Diego Board of Port Commissioners. “She brings a bold and progressive perspective that will benefit our communities.”

Naranjo, a South Bay native, is a political economist, environmental justice advocate, labor advocate, and community organizer who has been involved in numerous regional and statewide boards and commissions. In 2019, she was appointed by National City Mayor Alejandra Sotelo-Solis to the Sweetwater Authority Citizen Advisory Committee, selected for the AB 617 steering committee to advise the San Diego Air Pollution Control District, and selected by Commissioner Patty Monahan for the California Energy Commission’s Advisory Committee for the Clean Transportation Program Investment Plan. She was most recently the California organizing manager for Mothers Out Front, a national climate justice organization, and the National City Land Use Policy Advocate for the Environmental Health Coalition. Prior to her work with the environmental non-profits, she was with the San Diego-Imperial Counties Labor Council and the United Food and Commercial Workers.

Naranjo currently resides in National City with her husband and two children and looks forward to bringing innovative solutions to advance the Port to be a state and national leader in maritime, environmental and waterfront development.