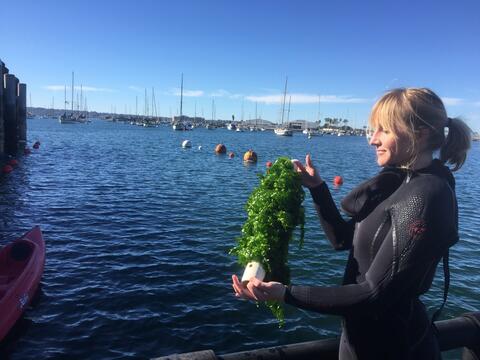 The Port of San Diego has released the second edition of its Blue Economy Incubator Highlights Report, which outlines the performance of  its incubator portfolio based on measurable environmental, social, and financial benefits delivered by the portfolio companies, from pilot project to commercial success.

As a catalyst for the region’s Blue Economy, the Port of San Diego established its Blue Economy Incubator in 2016 as a launching pad for sustainable aquaculture and Port-related blue technology ventures. Through the incubator, the Port is seeking innovative aquaculture and blue technology proposals to address the Port’s environmental challenges and inform future blue economy opportunities. To date, the Board of Port Commissioners has approved nine agreements with early-stage companies to launch innovative pilot projects.

“It’s remarkable to see how much has been achieved since starting this program. We have proven that businesses can sustainably use ocean resources to grow our economy, to create jobs, and improve livelihoods, while also protecting and improving the health of our ocean and its ecosystems,” said Commissioner Rafael Castellanos, Port of San Diego Board of Port Commissioners. “With the work we have seen during these pilot projects, and the potential for future endeavors, I know the San Diego Bay can lead the way and one day be known as the ‘Blue Technology Bay’.”

The Port of San Diego is committed to fostering the development of a sustainable ocean economy and to explore new opportunities that deliver multiple social, environmental, and economic co-benefits to the Port and the region. In exchange for funding or in-kind support provided to launch the nine pilot projects, the Port receives a royalty from the businesses’ operations or technology. To date, the Port has committed $1.6 million in funding, provided access and use of Port-owned property, assisted with obtaining all necessary regulatory and operational permits, coordinated the installation of pilot projects, and collaborated on marketing and communications.

The Port’s Blue Economy Incubator has received multiple awards recognizing its unique approach to Port-based Blue Economy innovation through pilot project facilitation and has been recognized by state and federal agencies, industry, and academia for providing pathways for the sustainable development of aquaculture in the region. Learn more about the Port of San Diego’s Blue Economy Incubator and read the full report at portofsandiego.org/blueeconomy.