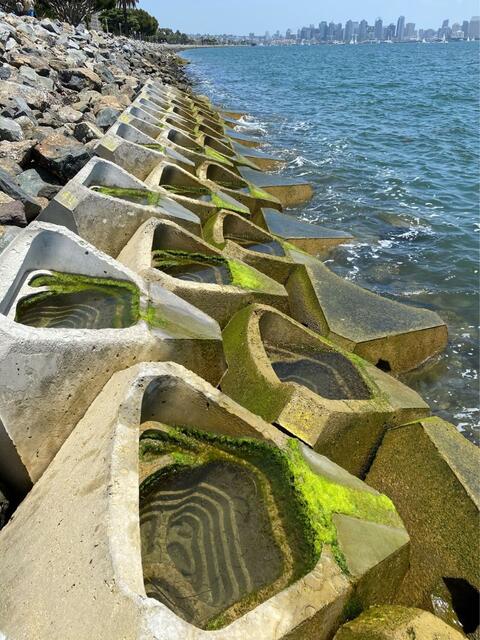 September is Green Port Month at the Port of San Diego, and it is being commemorated with the publication of the Green Port Year in Review, environmental education events, cleanup events, environmental awards, and much more.

First introduced in 2008 to build awareness and celebrate the Port’s environmental initiatives and achievements, Green Port Month also encourages employees, tenants, and the Port community to manage resources in an environmentally sensitive and responsible manner.

“The Port’s Green Port Program is the framework that helps the Port meet its environmental goals which include cleaner air, less waste, and saving energy and water,” said Port of San Diego Chairman Dan Malcolm. “Green Port Month highlights this and gives us the opportunity to celebrate the environmental achievements that our employees, our tenants, and our external partners have made.”

Carter serves as the Port’s primary environmental attorney working to promote clean water and reduce pollution. He has worked on several high-profile environmental issues, including the Tijuana River cross-border sewage issue and sediment cleanups in the bay. His commitment has strengthened partnerships with the Regional Water Quality Control Board and other regulatory agencies, advocate groups, as well as our member city governments, Port tenants and others.

Yarmy administered the Port’s energy efficiency initiatives which has resulted in a 40 percent decrease in energy consumption relative to a 2008 baseline. She also oversees $4.9 million in funding from the California Energy Commission to deploy the Port’s first microgrid, which was awarded a 20-year power purchase agreement earlier this year. Yarmy also oversees the implementation of many of the Port’s electrification projects.

Larry Schmitz, owner of Terminalift, which operates heavy equipment and trucks out of the Tenth Avenue Marine Terminal, was awarded the Michelle White Environmental Award for a tenant. Schmitz has been a champion for zero emissions port operations for a decade. He has funded several equipment purchases and projects to allow for zero emissions cargo handling equipment including the first all-electric reach stacker used in port operations. Schmitz is also working with the Port on the acquisition of remote off-dock sites to assist in moving cargo quickly and efficiently off the cargo terminals.

Berry leads the San Diego Regional Climate Collaborative, which provides expert resources to local jurisdictions, non-profit groups, academia, utilities, and philanthropy to share best practices and to plan for regional climate change. She has been integral to help match University of San Diego students with service opportunities at the Port of San Diego through the state-wide Californians-for-All College Corps Program.

Brian Collins is the Refuge Manager for the South San Diego Bay Units of the U.S. Fish & Wildlife Refuge lands and will be retiring later this month. He has been working with the Port for decades to jointly manage the endangered species nesting colony at the D Street Fill. Collins was also instrumental in leading the South Bay wetlands restoration efforts of more than 300 acres and managing the more than 20,000 birds that annually nest at the South Bay saltworks.

Gibson was recognized for his positive contributions in developing and implementing a practical vision to improve the environmental health of San Diego Bay. His coordination among the Port and its bayfront stakeholders resulted in a mutual alignment with bay-related projects and tackling the cross-boundary sewage problems in the Tijuana River Valley.

The full Green Port Year in Review can be viewed here.

Also, in conjunction with Green Port Month, the Port has pledged its support for California Clean Air Day, which takes place on October 5, 2022. Sponsored by the Coalition for Clean Air, California Clean Air Day provides a unique opportunity to engage employees, Port tenants, and community stakeholders to commit to actions to help improve air quality. The Port joins more than 360 organizations statewide that have taken the pledge.

Throughout the month of September, the Port encourages its employees to become ambassadors of its Green Port programs and participate in events that incorporate sustainability at work and at home. Events included the Coastal Cleanup Day on September 17, Electric Vehicle Day on October 1, California Clean Air Day, and Lunch & Learn events.