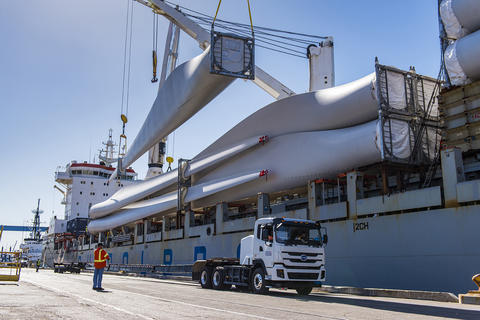 The Port of San Diego joins ports throughout the nation to celebrate National Maritime Day on Friday, May 22. The day pays special tribute to merchant marines and the benefits that the maritime industry provides to the country. As it has done for many years, the Port extends Maritime Day into a month-long celebration known as Maritime Month to honor the men and women of the Port’s Working Waterfront. During the current COVID-19 pandemic, their work is especially critical.

“Our maritime industry workers have been working diligently to keep the Port’s cargo operations running and to provide services to our cruise customers during this time of crisis,” said Chair Ann Moore, Board of Port Commissioners. “National Maritime Day and the Port’s Maritime Month allow us to express our appreciation to these workers and to educate the public on the importance of the maritime industry.”

The maritime industry is at the heart of San Diego Bay and the surrounding region. Each May, Maritime Month celebrates four maritime sectors that are vital to the success of San Diego: cargo, cruise, shipbuilding and repair, and commercial and sport fishing. This year during Maritime Month, the Port is featuring some of those who work in these sectors, including a wharfinger, a longshore woman, a port pilot captain, a commercial fisherman, and a sport fisherman. To see their stories, go to portofsandiego.org/maritimemonth or follow us on Facebook, Instagram or Twitter.

The maritime industry on San Diego Bay is responsible for about 13,400 direct jobs and has an approximately $2.7 billion economic impact on the region. The Port’s cargo terminals at National City and Tenth Avenue in San Diego provide 1,500 family-sustaining jobs, and the local shipbuilding and repair industry supports approximately 14,000 jobs.

The shipyards along San Diego Bay, along with their suppliers, accomplish the shipbuilding, repair and maintenance work necessary to support the men and women of the United States Navy and their vessels that are homeported here. The jobs in this industry generate 1.25 billion in payroll for employees and company proprietors.

The Port’s two cruise ship terminals originate cruises with several different lines. Each cruise that originates from the B Street Pier or Broadway Pier generates an average of $2 million for the local economy.

The historical and present day commercial and sport fishing industry is an important component of our regional maritime industry, with many fishermen working in the industry for generations. Tuna Harbor and Driscoll’s Wharf, both on San Diego Bay, support the legacy and potential of the commercial fishing industry and its workers.

The Port of San Diego thanks the many men and women of its maritime industry and wishes them a Happy National Maritime Day.