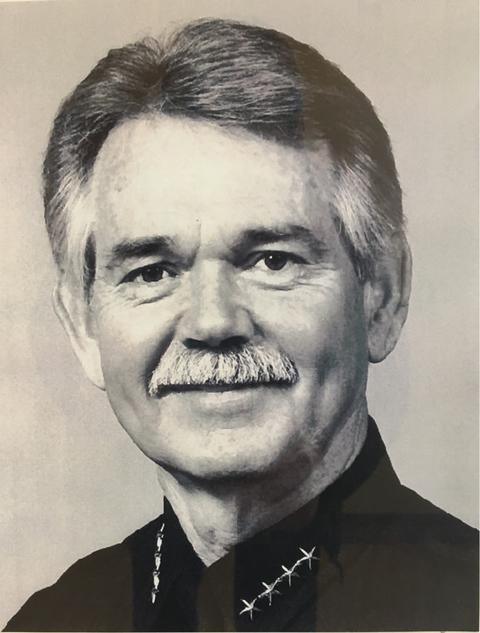 During his years with the Harbor Police, Chief Hall worked diligently to develop leadership concepts and professional training within the department. Following the terrorist attacks on September 11, 2001, Chief Hall led Port and Harbor Police efforts to develop a homeland security program to ensure officer and public safety. His work earned him a Distinguished Public Service Award from the Department of Homeland Security, United States Coast Guard.

“Chief Hall’s legacy continues in the men and women he hired, many of whom have risen to positions of leadership in the Harbor Police Department,” said current Harbor Police Chief Mark Stainbrook. “Chief Hall diligently mentored, coached and inspired these leaders to be highly trained and competent police professionals. He will be dearly missed.”

Before leading the Harbor Police, and after retiring as a San Diego Police Captain, Hall worked for six years with California Peace Officer Standards and Training as a law enforcement consultant and ultimately a bureau chief. He was assigned to the Center for Leadership Development, which included analysis and development of various supervisory, management and leadership programs, courses, and workshops.

After leaving Harbor Police, Chief Hall went on to serve as interim director of public safety for the Fresno Yosemite International Airport, was a senior police advisor for the country of Montenegro, and was a project director for a federal grant that addressed public safety issues along the United States and Mexico border.

In 2015, Chief Hall served as the interim police chief for the city of Emeryville, during which time he conducted an organizational audit and made recommendations in preparation for the incoming chief.

Chief Hall also worked for approximately eleven years as an independent contractor for a security firm. Projects included the development of operational protocols for command and control centers at large events, critiquing and analyzing security at large events, and assessing collaborative efforts among public and private entities that provided public safety services.

As a volunteer, Chief Hall was an elected Retiree Representative to the San Diego City Employees’ Retirement System Board of Trustees, as well as president of the City of San Diego Retired Fire and Police Association.